Skip to main content
To provide you with the best experience, B&B Casabiancalana Boutique uses its own and third-party cookies on its website for technical, analytical and marketing purposes. By continuing to browse our site, you are agreeing to our use of cookies. Please consult our Cookie Notice for more information. 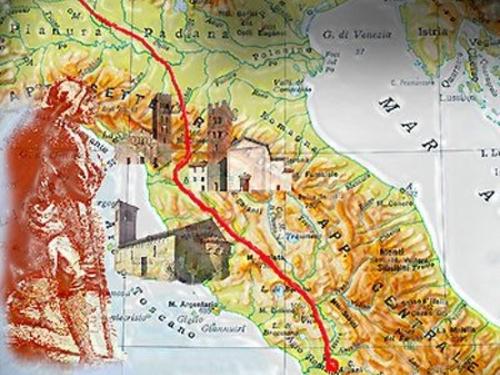 The pilgrim is really a typical presence and, in some respects fundamental, the Middle Ages and wanders the countryside, among the many hospices, shrines and markets of the time, crosses city, goes into cathedrals: certainly his is a minor story, the great leaders and great battles are another thing; and yet, He is a key figure of that era and it also means meeting, comparison with different cultures. 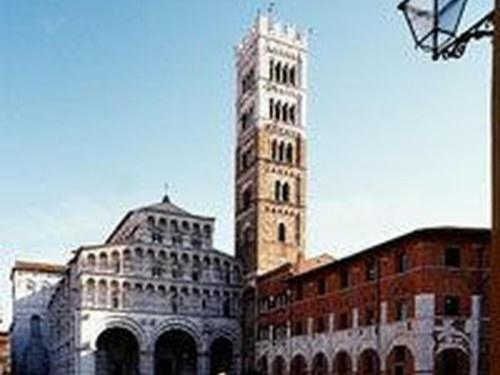 An era in which all move: Knights, Bishops, Popes, merchants, beggars, desperate, outlaw …(someone speaks of a civilization of the Middle Ages as "nomadic"): a movement that is often the luck of the territory through. The streets are what they are: malsicure, almost always dirt, changing and maintenance free, only rarely cobbled or jokes (e which, Who goes there, paid profumatamente!).

Three great shrines are the "fires", centers of attraction, the "key" of this movement of pilgrims: Santiago de Compostela (those who returned carrying a conch shell as a souvenir Atlantic), Jerusalem(Here the pilgrim he carried a palm) and Rome, of course. 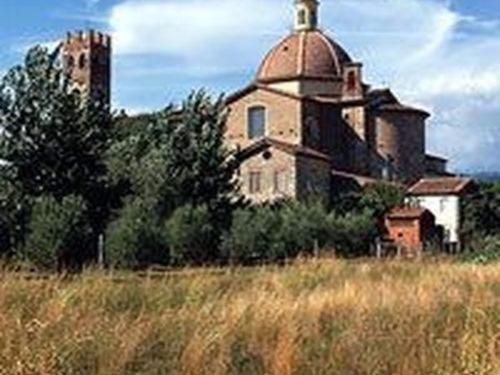 The Via Francigena or, note, "Romea", is one piece of a larger system that covers much of Europe: it leads to Rome from France, with two branches from the Iberian Peninsula and English Canterbury. Sign in ad Aosta Italy, down down up to Pontremoli; and then, from Passo della Cisa, enter in Tuscany. In every place the pilgrims had an opportunity to worship or celebrate: certainly the Holy Face of Lucca was a formidable "attraction". Indeed, The path continued with Massa, Querceta, Camaiore, Montemagno, S. Martino in Freddana e, finally, Lucca. 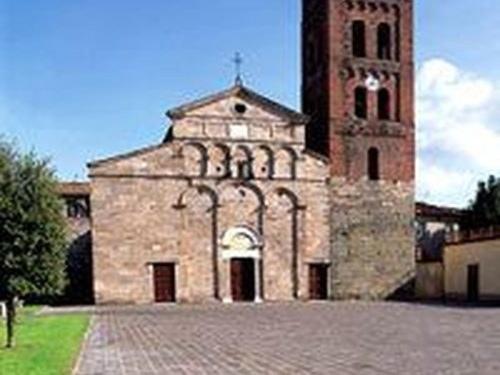 Here we can not forget the fascinating legend of Irish Fridian (Frediano!), son of the king of Ulster, which makes a stop at a hermitage of Monte Pisano and, and then, for nearly thirty years will be the bishop of Lucca: his name will be linked to the many churches in the city such as the famous diversion of the river Serchio (the famous "miracle of S. Frediano "). In conclusion, Lucca and province are an absolutely critical stage of the Via Francigena: too many elements, also the place names, witness.

Just as it is certain that, Lucca in the stretch-Altopascio, Capannori is an important trait, even though the references that talk about it are not always clear. The most likely path, in our area, ranged from Antraccoli Image of Corn S. Rocco up to the Church, across the street and Arpino (Micheli talk about some possible variant, Serce eg). 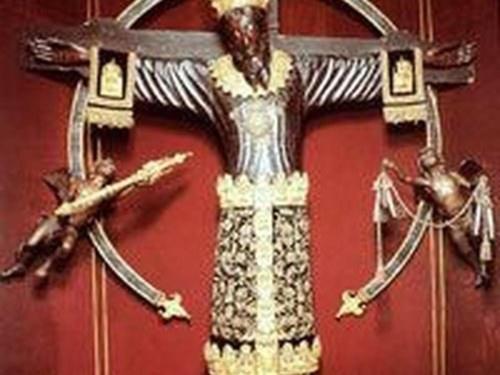 But the problem of the waters and their changeability in a flat so complex, from this point of view, accounted and recorded on the same path, leading to variations not always controllable. On altronde, many factors confirm this stretch, and its importance: the Roman "way vicinalis" with its exhibits of the oratory of S. Rocco (stone with an inscription), the Roman stone, the stele and the "head", its place names (Fourth, Noise, Petrino…); subsequently, is the largest church with steeple (too monumental, not to be a solid point of reference!) that the Serce (the ancient Roman, in the area of ​​the Supercinema) bear witness to a transit route for pilgrims. Another confirmation is the existence, until the end of '300, a "hospital," said S. Lorenzo. 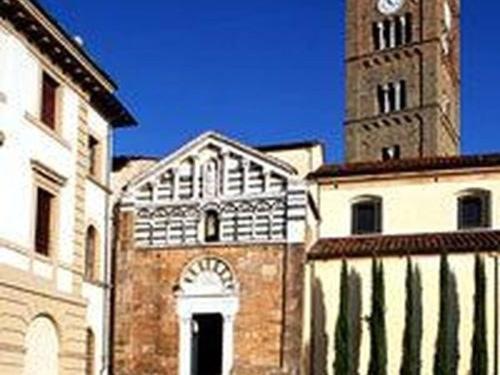 Some argue then that the famous "pussy" of the bell tower of Capannori was nothing that a clock to "impress pilgrims": time looming, the meaning of life as a journey during which you do not know at what time come the end: a strong symbolic message!Output from Capannori, yours themselves dirigeva su Porcari and, subsequently came to Altopascio, another very important step, dominated by the presence of the Knights of the Tau, one of the religious orders were born just to assist and defend the pilgrims. 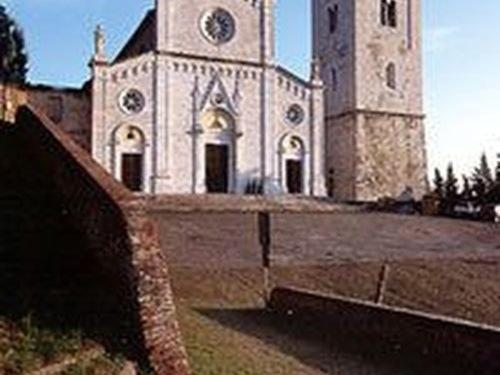 Le tracce, in conclusion, of this extraordinary "way" are there and are important: epigrafi, sculptures, papers, toponymy ("Fourth", eg, to indicate the quarter mile of the Roman road; Capannori then took its present name from one of its fractions, this "Capanna", core of an ancient Roman villa): you just have to grab a stick and set off …, searching for a path beaten many times but today, too often forgotten: an attentive ear can probably still catch the echoes and the words of these ancient, dusty wayfarers.
SOURCE: http://www.dovealucca.it/da-vedere/curiosita-storiche/127-la-via-francigena-in-lucchesia
Previous
Next